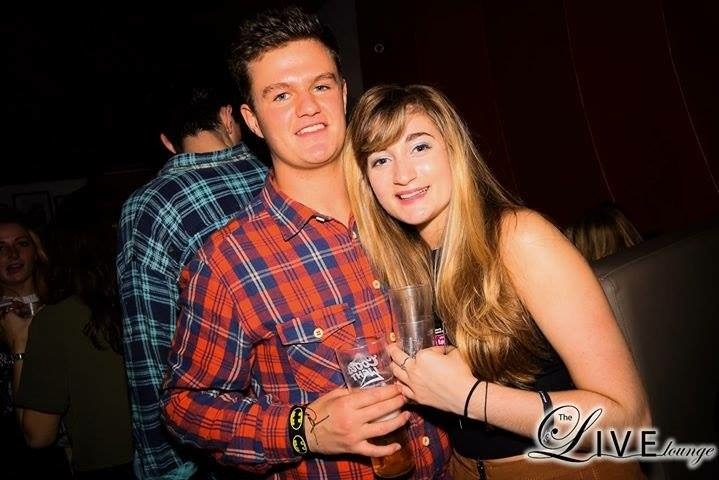 When deciding to go to university, Jake (my boyfriend) and I didn’t initially plan on going to the same place. However, on visiting Cardiff University’s open day, we both agreed that it seemed like a fun and exciting city which was just the right distance away from home. I initially thought that it would be really easy to integrate our comfortable four year-old relationship into university life, especially since we were going to the same place. Having said this, we decided to give each other space and allow one another to get to know our new housemates.

On the first night we had the obligatory ‘last supper’ with our families and Jake was receiving messages from his new housemates about going out later that night. I hadn’t met mine properly yet and, therefore, did not have any plans. Jake invited me out with him, but I decided that I didn’t want to crowd him and thought that I needed to let him make his friends.

As it happened, Jake embraced the nightlife and got on with his flatmates straight away. As you will know from reading my first blog post, it took longer for me to find my long-lasting friends. I found myself comparing my fresher’s experience to his. We were from the same hometown, and we had the same friendship group at home, but I was struggling a lot more to fit in because I didn’t enjoy drinking and going out as much as he did. He had plans every night and seemed to be enjoying everything he did. Whilst I was busy too, I wasn’t really enjoying it. I was feeling very homesick, but decided not to share the extent of it with him, not wanting to seem needy and put a dampener on the fun he was having.

I missed him. We had been together at school and through college and therefore, up until this point, we had more or less shared the same friendship group. We had also spent a lot of time together in the long summer break between finishing college and starting Uni. We were now both busy meeting new people and trying to make new friends. Not only had we reduced the time we spent together, but when we did meet up we talked about the new people we had met and the new places we had been; it felt like we were leading very separate lives. I found myself not only missing home, but the dynamic of our home-relationship. This, along with my lack of honesty about my homesickness caused a distance between us. Jake couldn’t understand why I was acting subdued and down and, because going out wasn’t my scene, I couldn’t understand why he constantly wanted to prioritize it over time together. Naturally, those first few weeks of uni led to some of our biggest arguments.

As we settled into the routine of going to lectures, and when the buzz of fresher’s week had subsided, we managed to share our feelings and agreed to dedicate at least one night a week to spend time together. We would go to the cinema, cook together or explore new parts of the city. This time was really important and allowed us to make happy memories in a city which had, so far, thrown us off kilter. Once Jake had laid the foundations in his friendships with his housemates, I felt I could spend time with them and get to know them properly. Fortunately, I ended up getting on with them really well and they are now some of my best friends. Spending time with the people who had been so involved in Jake’s fresher’s experience was really important; once I got to know the personalities behind their Facebook profile pictures I understood why he got on with them so well.

As our time at university went on we figured out a routine that worked for us and we discovered new boundaries in our relationship. We did what made us happy and learnt a lot about both ourselves and one another. The arguments that came with our adjustment to university life actually made us stronger as a couple; we fought for our relationship and went on to make lots of great memories in Cardiff.

Whilst me and Jake had been together for a while before uni, my best friend Georgie started seeing her current boyfriend in the first term of university, and he was from our home town. They made it work by putting in the effort to spend their weekends together and take it in turns to travel to and from Cardiff. I remember Georgie worrying about what people thought of her traveling home relatively frequently, and I suggested that she do what made her happy, and not what she thought was expected of her in terms of living ‘uni life’. If she, like me, didn’t enjoy a night out followed by a hungover weekend, then why not go home and spend some quality time with her boyfriend? There would always be the option to do fun things with friends in the week! It’s all about finding the balance…

There are, then, a few pieces of advice I would like to give to those of you starting university in a relationship, and I think that they could also apply to anybody who meets a potential partner shortly after moving!

Find what works for you and your relationship

Whether you’re going to the same university or a different one, find a routine that works for you both. Obviously the initial whirlwind of moving and meeting your housemates might get in the way of this at first but, when you can, meet up or FaceTime one another to work out a weekly, or fortnightly, date night. You are both going to change and grow so much in those first few weeks of uni; staying in contact and checking-in with one another will allow you to adjust together. Also, don’t worry what others might think of you. If you have to miss a night out because you’d rather jump on a train and see your boyfriend then do that; there will be another event next week! If people don’t appreciate or understand your decisions, then are they great friends? Having said this, I would recommend forging those relationships with your house/course-mates early on, because if your uni is anything like Cardiff, then the search for a second-year house begins as early as October/November! Again, I guess its all about finding that healthy balance…

Jake and I decided not to live together whilst at uni. Firstly, our campuses were relatively far apart from one another and secondly, we thought that it would be better during exam season to have our own space. It also worked really well having two options when deciding where to spend time together at evenings and weekends, and it meant that we could spend lots of quality time with our housemates and course friends too!

Be honest with one another

Don’t feel guilty for feeling a certain way. I bottled up my homesickness for fear of burdening Jake with my problems. I think he would have much rather have known how I felt in order to try and make it better. If your partner respects you, then they should listen and appreciate your concerns. It’s a lot easier to adjust and adapt in your relationship when you know how the other person really feels.

Get to know each other’s friends

Whilst I think it is important to initially give one another the space to make friends, getting to know your partner’s friends will make their life seem less separate to yours. You will be able to feel more included in their university experience and like me, may even end up making some great new besties!

I obviously understand that every relationship is different and will require different things in order to adjust. Go with the attitude that everything happens for a reason. I speak from experience when I say that every argument, hurdle and tough patch will not only allow you to realize your own individual strength, but it will hopefully make your relationship stronger too!

Amazing food with the best company ❤️
❤️🎿
Thanks for coming to visit, @carmenascia 🥰
Missing having fun in the sun with my bestie ❤️ take us back!! Love you so much @georgieblackley ❤️
Going to miss paradise 🏝
❤️🧡💛